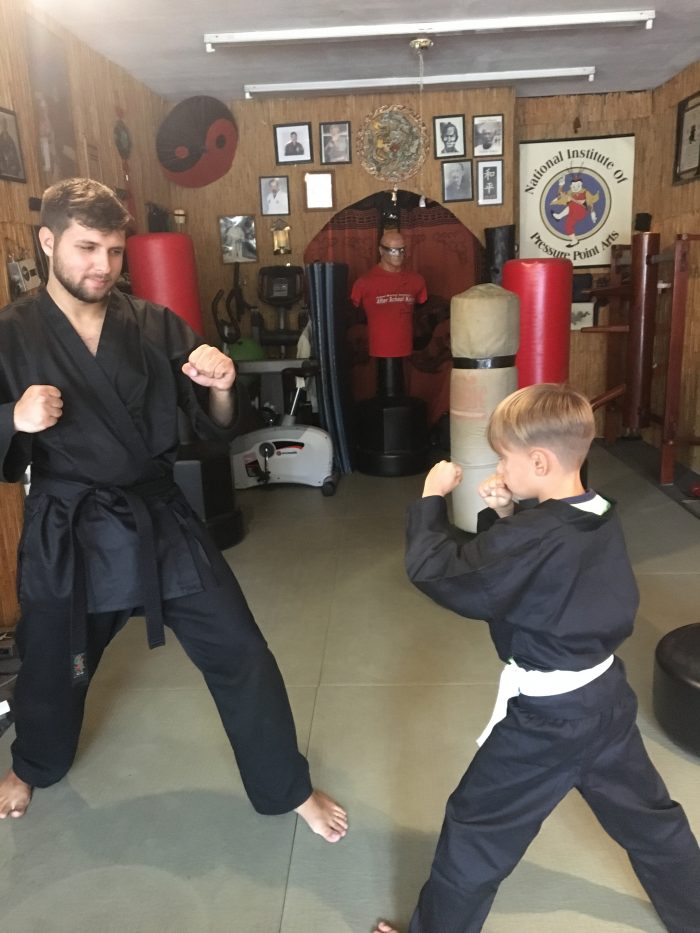 Now is the Time to Learn Karate!

THIS IS OLD SCHOOL KARATE FOR SELF DEFENSE.

REAL KARATE FOR THE REAL WORLD.

The system we use in our karate classes is called Bushido-Zen Kenpo. This advanced system combines pressure point self defense, Filipino martial arts, and traditional Okinawan karate. Bushido-Zen Kenpo is constantly upgraded with the most modern teaching and defense techniques. We make an effort to stay current to ensure our students are the best they can be!

Live Online Karate Classes For Adults And Children Get started today. Secure your spot by Call Or Text 617-932-9004 or email onlinekenpokarate@gmail.com

Without Movement there can be no improvement!
Call or text Sensei Bobby at 617-932-9004 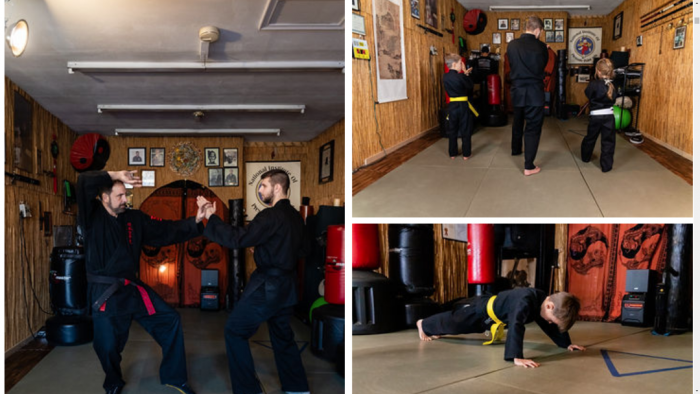 Keep Your Kids moving while at home! We’re now offering online karate classes for kids. Call or text for more info or to enroll your kids.

GET OUR EXCLUSIVE OFFER! Get started today. Secure your spot by Call Or Text 617-932-9004 or email onlinekenpokarate@gmail.com

Children who are involved in karate classes also tend to get better grades in school.

Master Moran was inducted into the Martial Arts Hall of Fame in 1998. He is the President of the National Institute of Pressure Point Arts.

Master Moran has been studying martial arts for 50 years and is considered one of the most qualified martial arts instructors in the U.S.A. Master Moran is the founder of the American Pressure Point System, which is a great system for people of all ages.

He has invented and patented many martial arts devices like the Super Sharp Shooter Keychain. His device the Moran Speed Tracker is the only heavy bag device that gives you an exact M.P.H. of your kicks and punches. Master Moran has also developed devices that make kids classes more fun.

Master Moran loves martial arts and teaching it. He is great with children’s classes and has 4 children of his own.

He has a great way of teaching children and adults all his students have fun while they learn real martial arts.

“Master Moran can be seen in the Hawaii Karate Museum”

Master Moran can be seen in the Hawaii Karate Museum in the Filipino Martial Arts section on the cover of Filipino martial arts magazine.

He has been featured in World of Martial Arts magazine and others.

Grand Master Moran began his training in Judo in 1969 at the age of 7 years old in his hometown of Belmont Ma. He received his black belt in Kenpo karate 1985 Master Moran is the former president of the north east Karate association. In 1998 Master Moran was featured on the cover of Filipino Martial Arts magazine. Master Moran was inducted in masters pioneers and legends hall of fame as instructor of the year 1998.  Master Moran is well known for his invention the sharp shooter self-defense keychain, the Moran Speed Tracker, and more being developed and patented now and in the near future.
Master Moran claims his best invention is the American pressure point self-defense system.  It is a style that can be used by people of any age or size. A system of self-defense that is not like the others and is easy for anyone to learn. His system has been proved in the ring in mma and outside in real street self-defense and in real combat situations.

Experience: Trained under Grandmaster Moran in Bushido Kenpo Karate, pressure points, Arnis (Filipino knife and stick fighting). Much of the karate learned is based on traditional Okinawan karate. (1999-present)

Bio: Karate has been a big part of my life. I have been training under my Dad, Grandmaster Moran, since I was two years old. I am 22 now and I train almost every day of my life. I believe karate is not just about techniques and self-defense, but also a way of life. Karate helps improve one’s concentration, mental and physical health, respectfulness, and much more. Karate has helped me become who I am today, and I believe I can help the younger generation become wise, successful, kind members of society by teaching them what it means to be a true martial artist. Osu!

Get started today. Secure your spot by Call Or Text 617-932-9004 or email onlinekenpokarate@gmail.com